Living LIfe to the Fullest 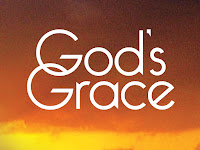 You are rightfully hearing about those on the front lines of this COVID-19. There is one group that is on the front line but hasn’t been as busy as usual and those are the men and women who work in ‘search and rescue’. There was some fisherman pulled off a boat by the Coast Guard in January (Fields) and they also pulled a couple and a dog off a boat, and three hikers found by Tillamook County who arrested two of them (Ryan).

Each county has men and women volunteers trained to go out and find the lost. Washington County primary SAR team is Explorer Post 877 (Search and Rescue) and overall since 1993 the Pacific Northwest Search and Rescue “have responded to nearly 1,000 missions (PNW SAR). These are people you do not want to need but they are people who you desperately desire if you or someone you know is lost.

Sheep are not totally helpless just almost totally helpless. They run away from a threat and then gather as a flock and stare at the threat. As a rule, sheep don’t have a good long-term memory. Is it no wonder that God says, “All we like sheep have gone astray; we have turned—every one—to his own way” (Is 53:6).
Because we, like sheep, are vulnerable we need a shepherd to protect us. We need a shepherd who puts himself between us and the threats that seek to destroy us. We need a shepherd to lead us, supervise us, and guide us moment-by-moment. The second part of Isaiah 53:6 says, “and the LORD has laid on him the iniquity of us all.” On course the Him is Jesus, God’s beloved Son.

We are kept safe
In the ANE (ancient near east) a sheep pen was a communal area surrounded by walls or created with brambles and such which wouldn’t allow a predator easy access. There would be a break or doorway in the wall that let the sheep enter and leave. In the open, with no proper door, a shepherd would sleep across the entrance. They would be able to tell if a sheep tried to leave or something or someone tried to escape, or a predator came to attack the flock.

Just like we’ve been told with this COVID-19 containment equals safety. We contain the virus by living in containment— “Stay Home—Stay Safe”. The difference is that Jesus tells us “anyone enters by me they will be saved and will go in and out and find pasture” (v9).

To be able to come and go unmolested was the Jewish way of describing a life that is absolutely secure and safe. When people can go in and out without fear, it means that their country is at peace, that the forces of law and order are supreme, and that they enjoy perfect security (Barclay 68)."

We can’t enter by morality, claiming we’re as nice as other people. We can’t claim that we have a right to enter because our dear sainted grandmother was inside the fold. We can’t gain entrance just because we’re a part of a congregation, even if we’re active in a congregation (Butterworth). That was what the Jewish leaders believed. No, salvation is “not a human right but a gift of God’s grace…we are not saved because we admire Jesus but because we repent of our sins and trust Him and him alone as our Lord and Savior (Wiersbe 55).”

This isn’t saying that we can do what we want when we want. It is telling us that the freedom we have to do what we desire, to enter and leave, is only because the shepherd provides safety and peace. Left to ourselves, we breed chaos. Under Christ’s Lordship, we find His peace.

Shepherds are different than Rabbis

We read Psalm 23 and about shepherds in the New Testament and have a pretty good view of them but “no position in the world was so despised as that of the shepherd (Jeremias V 6, p 489).” According to a teaching of the Pharisees were "like the publicans and tax-gatherers they were deprived of civil rights, i.e., they could not fulfill a judicial office or be admitted in court as witnesses (Jeremias V 6, p 489).”

How strange it is that Jesus in this allegory references those who would “steal and kill and destroy” (v10) to be the Pharisees and those who attacked the man whom Jesus had just healed in chapter nine. Jesus is the one who protects His people from those who seek to destroy them.

He does that because we listen and know His voice. Isaac Hoopii was with the Pentagon Police on 9/11. After the crash, he immediately helped those around him. One account says that he started to go into the building with no mask or protective gear and shouted, “We gotta get people.”

Suffocating on smoke, Hoopii heard the building cracking. He called out, "Is anybody in here? Anybody here?"

There are a lot of voices that lead us into danger not away from it, I know those voices well. The most well-meaning voice can lead us to death if we do not hear and heed the voice of our Lord and Savior.

Jesus proclaims his purpose is to come and “give life and that abundantly”.  One study bible describes this as a life that is, “rich, full, joyful life, one overflowing with meaningful activities under the personal favor and blessing of God and in continual fellowship with his people (Crossway Bibles)." “It is an overflowing measure (Hendriksen V2, p110).”

The New Testament uses this word, almost always as a description of a “fullness present and proclaimed in the age of salvation (Hauck V6. P59) thus eschatological or dealing with the fullness of God’s Kingdom.

At the end of the Passover seder, those gather and sing “Next Year in Jerusalem”. It has been a prayer and hope since at least the 15th century ("L'shana Haba'ah").” I would suggest we change it to our situation. Since we would usually celebrate Communion now and it is something we do together as the Body of Christ. Perhaps we should start saying, “Next month together in worship.”

In the meantime, give yourself over to Christ and let Him lead and direct you because only in that way, can the promise of Christ be fulfilled through us as his sheep. Peace.