I'd love to sleep seven hours straight through without waking up but that's not my lot. So at 4 am I wake up and start thinking about what a reformation in worship would look like in this day and age.

What I'm suggesting is not new. Heck, it's probably been around since Al Gore invented the internet [LOL] but then again I'm sometimes a bit slower than others are. So here goes.

I'm proposing a way to develop a service of worship, sermon, environs, music and other aspects of worship. A couple of statements before we start

5. The Holy Spirit gifts us and calls us in the matter of conducting worship. And among those gifts include, literally, a world of believers with insight and gifts. Any creative work is simply reflective of the work of the Holy Spirit working in and through God's people. It flows from God because God IS in charge not us.

Posting this on the church site [see #3 above] the HC plans to start 2009 with communion and a service based on John 3:16. Among those invited to add input are the HC members and leadership as well as others who know the pastor and who access the website.

Here's where it gets interesting. A couple of weeks after the HC posts the idea a house church in the Southern U.S. offers their take on communion and what it means to "examine oneself" in light of loving God and others.

A member of an Australian Anglican congregation describes how God's love touched them during the Eucharist in their home parish just the past weekend. And several suggestions come in about hymns, praise music etc.

Nothing happens for a while. As the HC pastor and a few leadership people start commenting on where they are other ideas emerge. Another pastor likes the HC idea and plan their first 2009 service around the same theme. It doesn't matter that they are a missionary church located in South America.

Another pastor suggests a video clip from a movie that was released and others suggest classic movie ideas as well. One teen shares a YouTube video in which a teen/20 something tells of God's amazing love.

Some of those with musical skills share insight into the music that was suggested including ideas for medleys, alternative chording and transitions that they found helpful as they used those songs. And then there are those who send in prayers, personal stories and the latest "internet stuff".

As Advent nears and plans are coming together the HC staff/pastor shares her/his thinking with those who have contributed. This includes updating music, bulletin ideas, sermon outline or thoughts and the like. One last gasp of energy hit those around and a Pastor from Africa sends some photos he's taken to be used as background for PowerPoint. Ideas for the environs, banners and art to help focus those who are in worship on God's love and the Lord's Supper are shared by a local creative artist.

A missionary whom the HC knows records video of a communion service they had and sends that along for the church to use.

The problem with information overload is real. There is a GREAT DEAL OF STUFF out there. Here is where discernment becomes vital. The HC cannot use everything nor would they want to. You have to choose those items, ideas, and things which you believe will gain a hearing among those who are attending the HC that Sunday. On the other hand when that Sunday in 2009 rolls around, the HC may be using A, C, D, & F while a congregation in South America uses D, A, F, & B. Other pastors will file away various songs, clips, ideas etc. for when they preach on this passage.

The bulletin is done, sermon pretty well finished and the rest of the stuff is ready to go. The HC acknowledges those who have aided them, thanks them and heads out to worship. BTW while this has been going on the same sort of input has been going on for worship up through Easter.

I may have had to write this in order to get it clear in my head because I've seen similar posts in the pasts. Some of this happens now as worship in planned at Kenton but it's pretty much me gleaning what I find off the net or something a missionary or member sends me. I think there is a lot of room for improvement and more interactive work.

So it's been out a couple of years, but a high school senior sent this to one of my kids. Since this seems to have been a month of nothing too serious I thought I'd share it with the rest of the world.


Makes me want to to McDonald's as I watch it. 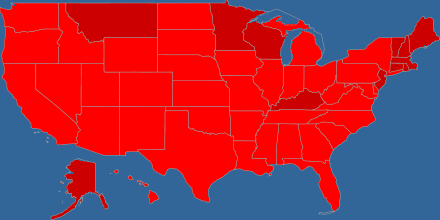 Perhaps you've seen the bumper sticker "Keep Portland Weird" but the truth is, the whole state seems to be a bit "off the rails". Two recent articles demonstrate just how forward looking the state's health system has become. Barbara Wagner's cancer came back and she was told by letter, "Treatment of advanced cancer that is meant to prolong life, or change the course of this disease, is not a covered benefit of the Oregon Health Plan." But the same letter "that it would cover palliative, or comfort, care, including, if she chose, doctor-assisted suicide" (emphasis mine).

If she were the only case one might figure it was a bureaucratic screw-up. Yet this not the case; Randy Stroup, 53-years-old found out a drug that could help make his last few months more bearable wasn't covered by the Oregon Health Plan. Like Barbara, he too, was offered coverage for suicide.

Oregon will stop living wage jobs for the sake of an owl. Oregon will try to rid rivers of dams and a cheap source of power for the sake of fish. Oregon will take money from the lower income people via, video poker in order to grow trees in Morrow County and bring movie production to the state. But we can't pay for chemo drugs. Why, because those people might feel better and that wouldn't be as cost effective as having them overdose and kill themselves. Now if that's not weird, I don't know what is.

By the way, the drug company gave Barbara the medicine she needed and the State of Oregon went back on its policy and covered Randy's drugs. It's still weird.

Hat tip to Stushie over at Presbyterian Bloggers.
For your enjoyment and amazement I include the following video.

Warning... This is cute

New Widget for You

Just found a pretty cool widget and website for me. It is last.fm you can listen to some great music on line, IMHO. You can purchase CD's it will be easier than burning my records. And even publish a radio and play list on your blog or other sites.

Mine is on the right and yes I have a weird selection of music in my playlist. If it works for you that's great. 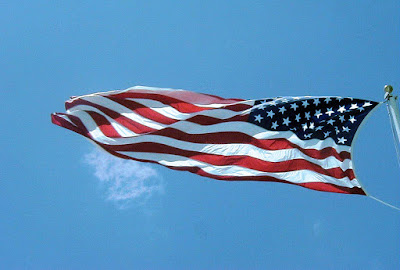 Took this at the USS Arizona Memorial a few years back. I tweaked the sky color but otherwise it is as it looked. Awesome place, awesome sacrifice, awesome nation. Have a great fourth.